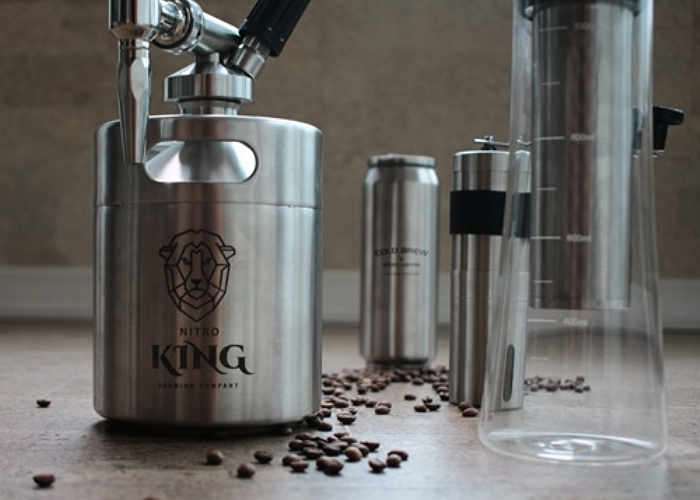 Nitro King created by the Brewing Company is a new method of brewing cold coffee to produce a thick and creamy textured drink which is similar in consistency to that of a creamy black beer.

Watch the demonstration video below to learn more about the Nitro King that provides a cold brew coffee with nitrogen gas offering a cold coffee with a soft texture.

Nitro King is available to back with systems available for earlybird backers from $165 and shipping expected to take place during October 2017.

Jump over to Kickstarter via the link below to make a pledge and learn more about the new Nitro King coffee brewing system.