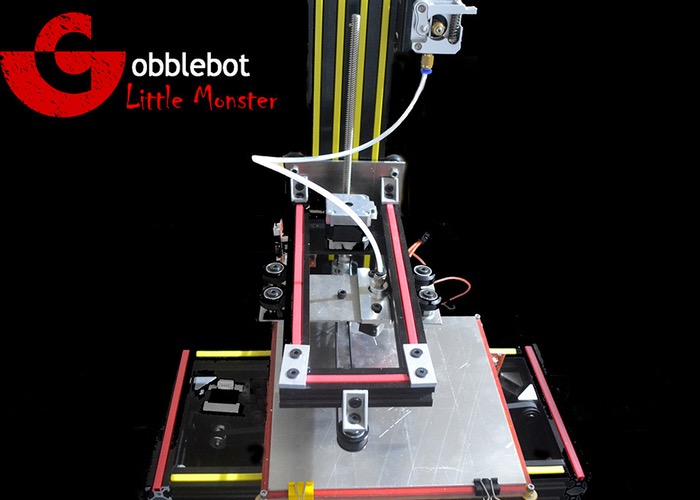 Cobblebot has created a new 3D printer called Little Monster that it’s launched over on the Kickstarter crowdfunding website, making them available for early bird backers to pledge for from as little as $199.

Designed to print primarily PLA and ABS plastic there is also an option to upgrade the printing nozzle to allow the 3D printer to print using Nylon, Polycarbonate, Flexible Filament, LayWood, PVA, HDPE if desired.

“The Cobblebot Little Monster was designed to provide an affordable desktop 3D printer capable of high speeds, high resolution, and a very, very low cost of ownership.  The printer was dubbed “Little Monster” by the Cobblebot team due to its incredibly simplistic design and frighteningly awesome performance. It’s an extremely easy to assemble 3D printer. A X6″ x Y6″ x Z6″ build area is provided standard, which is expandable up to X10″ x Y10″ x Z10.

So if you think Little Monster is something you could benefit from, visit the Kickstarter website now to make a pledge and help Little Monster become a reality via the link below.