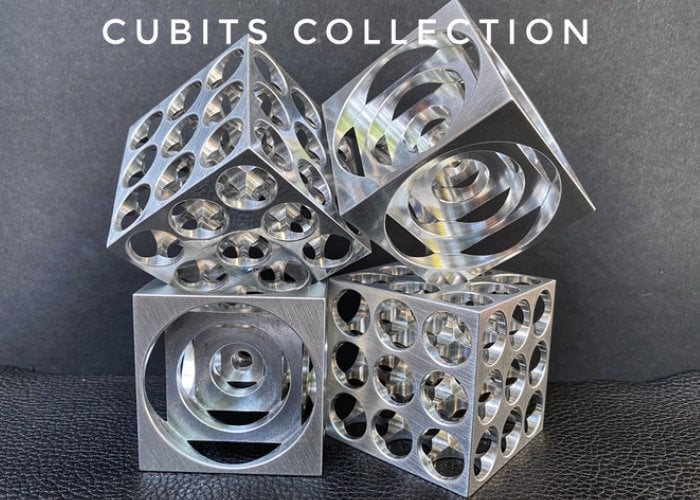 Maths Meets Machine has created a selection of precision CNC machined cubes including a Ripple Cubit and Matrix Cubit. The unique creations are available via Kickstarter with prices starting from $80 or roughly £61 saving you $40 off the recommended retail price. Each cube measures 2 inches or 50.8 mm square and have been constructed from aerospace grade 6061-T6 aluminium.

“This will be our 5th Kickstarter and are seasoned Kickstarter creators. We pride our self on the ability to quickly complete Kickstarters after funding and get rewards to backers in a timely manner.”