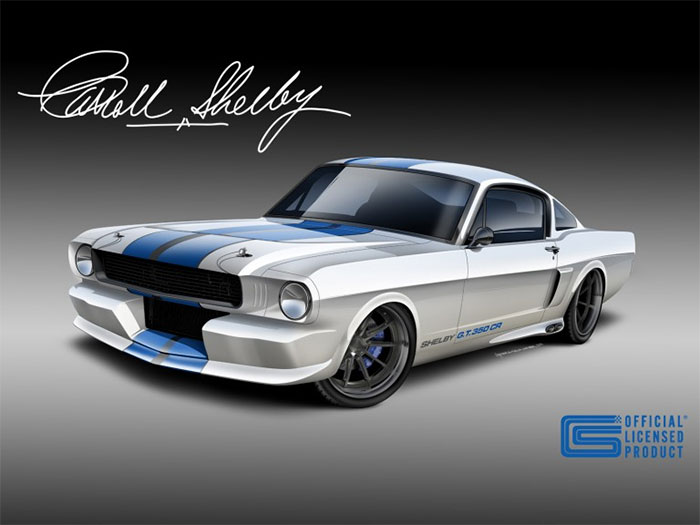 A company called Classic Recreations has been producing Shelby Mustang Continuation cars for a while now. These are essentially modern built versions of the 1966 GT350CR and 1967 GT500CR Mustangs. The company has announced a new powertrain option for the cars in the form of the twin-turbo EcoBoost V6 out of the F150 truck.

The engine makes 365hp and 420 lb-ft of torque from the factory and is substantially lighter than an iron-block V8 found in the original cars in the ’60s. The V6 can be tuned to over 600hp with larger turbos without killing reliability.

Classic Recreations also says that it will offer the 300hp 2.0L four EcoBoost for export to China where engine displacements are limited. The company will also continue to make the cars with Coyote 5.0 V8 engines from the modern Mustang GT and old school Windsor V8s that Mustangs of the ’60s used.

“For years we have proudly hand-built the only officially licensed Shelby Mustang continuation cars in the world, but that doesn’t mean we are stuck in the past,” said Classic Recreations owner Jason Engel. “Our clients come from all over the world and they expect the very best – they want the looks of a classic Shelby, with the performance and reliability of a modern sports car. We can now give customers who want a lightweight but extremely smooth and powerful vehicle the 3.5L option, which is similar to the powertrain the upcoming Ford GT, and we now have an excellent option for our Chinese customers with the EcoBoost 2.0L. It’s powerful, light and can be serviced at any Ford dealer worldwide.”