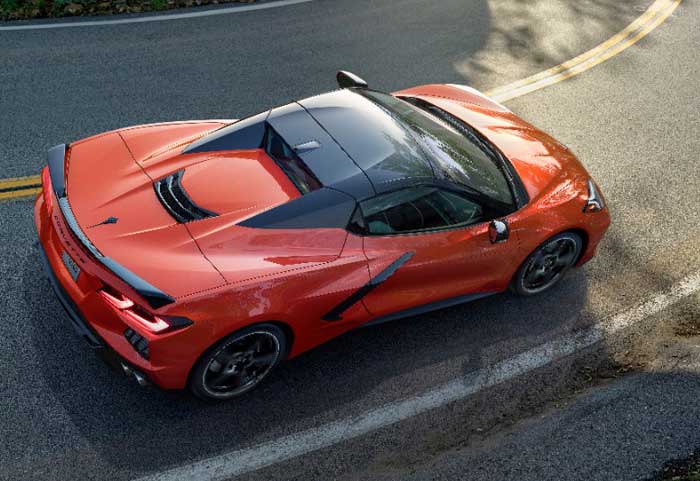 Chevrolet has unveiled the new 2020 C8 Corvette Stingray convertible, and rather than having a soft-top like past Corvettes; the C8 is a hardtop convertible. Chevy says that the convertible will cost $7,500 more than the base Corvette C8 will cost.

Chevy notes that the C8 Stingray was designed first and foremost as a convertible. It maintains a tunnel-dominant structure and uses the high-integrity die-cast parts found in the Stingray coupe. The hardtop stows inside the body of the car.

When the top is down, the Corvette still has enough space in the trunk to store two sets of golf clubs. The droptop also has the coupe’s front storage bin. A body-color hardtop is standard with a Carbon Flash metallic painted hardtop and nacelles as an option. The nacelles help prevent air from recirculating into the car.