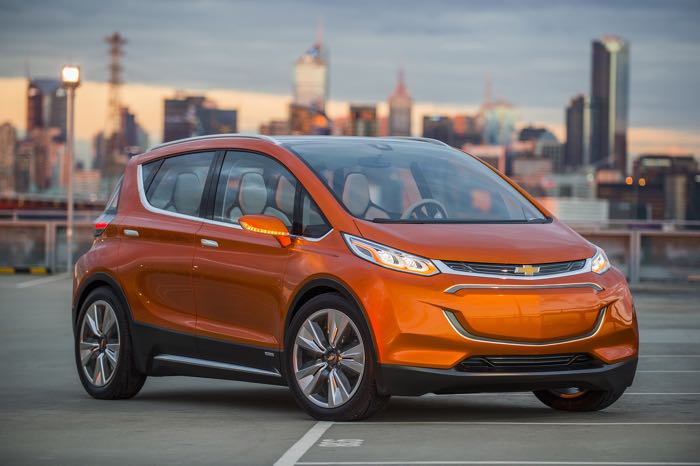 Today when it comes to EVs, Tesla is the only automaker that has an electric car able to drive hundreds of miles on a single charge. Most of the other EVs on the market are limited to somewhere around 50 miles on a single charge. The problem for the general consumer is that the Tesla is too expensive for mainstream users and the driving range of mainstream EVs is not high enough for lots of people to consider.

These cars are being built in Seoul, Korea and Orion Township. The cars have reportedly been driven hard at the GM Milford Proving Grounds and testing is said to have been positive so far. It’s not clear when the testing on the prototype cars will be complete or when the cars might land in dealer showrooms. If GM is able to deliver an EV with a 200-mile range at an affordable price, it might be the best mainstream EV around.