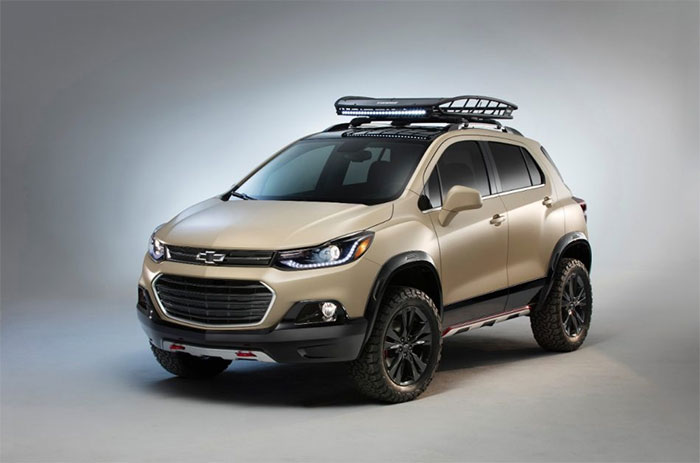 Chevrolet has unveiled a new concept vehicle at SEMA that is very cool and I hope it makes it to production. The vehicle is the Chevy Trax Activ concept and chevy says that it explores an adventurous lifestyle. The Trax has a new front end appearance and revised interior for 2017. The concept is based on the Trax AWD model.

It has lifted suspension and a widened track. It rolls on 18-inch chevy Accessories wheels with all-terrain tires. Chevy fitted the concept with new front and rear fascias for improved ground clearance, improved approach and departure angles, and more grip on the highway. Fender flares help cover the larger wheels and tires.

On the roof is a Thule roof basket or more cargo capacity and a custom LED light bar. The paint is a Satin Sandstorm color with red tow hooks and tinted head and tail lenses. We hope that this concept goes into production, it’s very attractive even if its off-road prowess is questionable.