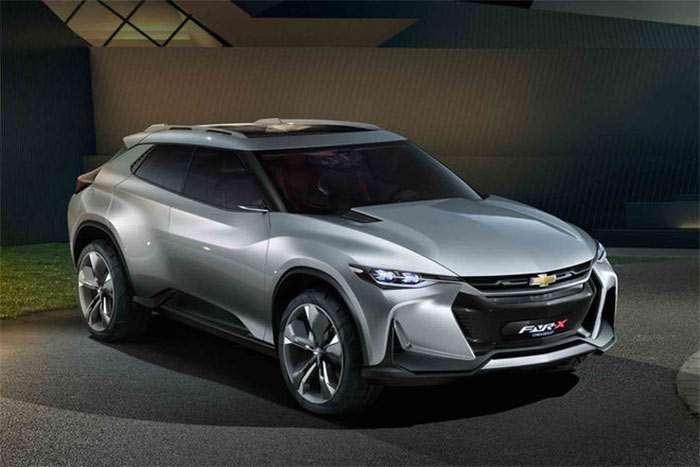 Car buyers in the US today are flocking to the crossover, a vehicle that lies somewhere between a car and a SUV. The crossover usually gives more room inside than a car and is often more comfortable and smaller than a SUV. Chevy has a new concept crossover called the FNR-X and it is a very good looking concept.

Most of Chevy’s models are boring looking and seem meant more for rental agency fleets than our driveways. The FNR-X is an “all-purpose sports concept vehicle” according to Chevy and it has a hybrid powertrain. Clearly the car is a concept vehicle with some wild doors, but the style looks as it it would translate to a production vehicle well enough.

The doors are rear-hinged and can be controlled remotely. The concept also has cameras instead of rear-view mirrors. FNR-X also has a rear spoiler and side skirts that move up and down depending on which mode is used. The concept is a plug-in hybrid that and it can use either the gas or electric motors. No details on the powertrain were provided.