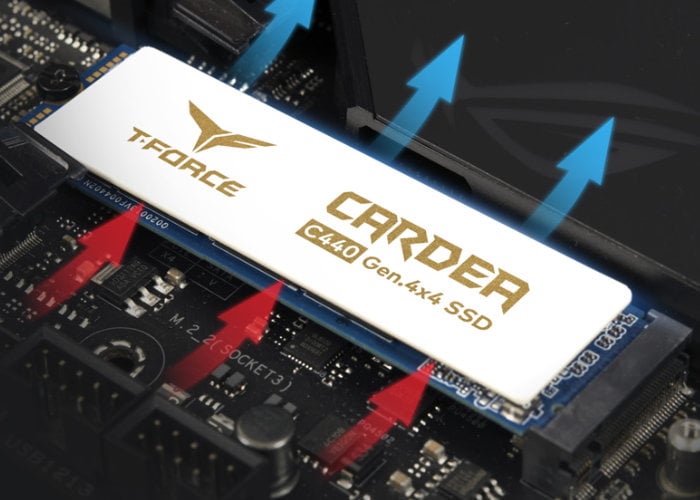 The newly unveiled T-FORCE CARDEA Ceramic C440 Solid State Drive created by TeamGroup uses 3D NAND which is stacked in a three-dimensional way to offer up to 2TB of large storage. The new storage is nearly 10 times faster than SATA SSD and 1.65 times faster than the M.2 PCIE Gen3x4 SSD. With NVMe 1.3 specification, and using the latest, ultra-fast M.2 PCIe Gen4x4 interface, the sequential raead/write speeds can reach as high as 5,000/4,400 MB/s. 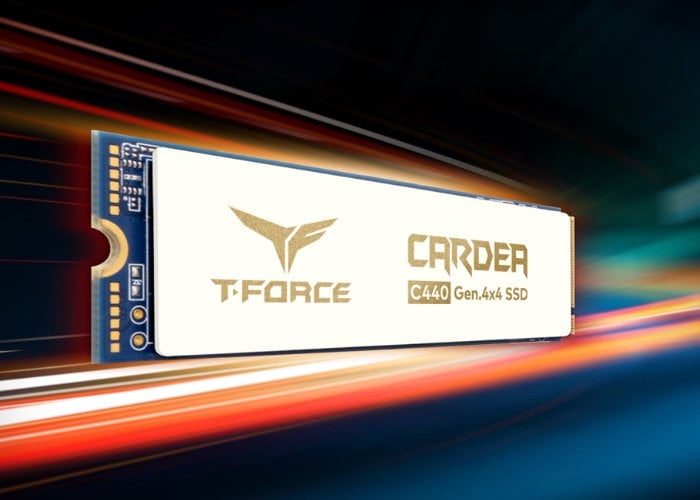 “The use of aerospace ceramic composite cooling materials not only provides excellent heat dissipation, but also reduces heat by 18% when the case is equipped with a fan. At the same time, it is also lightweight and thin, anti-electromagnetic interference, high temperature resistant, extreme temperature shock resistant. Besides, it is made with environmentally friendly materials, which is RoHS compliant. The combination of CARDEA Ceramic C440’s snow-white heat spreader and the golden T-FORCE displays a trendy style. It will be even more eye-catching if it is matched with a white motherboard and case. The thickness is only about 1 mm which perfectly showcase the aesthetics of thinness of T-FORCE CARDEA Ceramic.”

For more information jump over to the official TeamGroup product page by following the link below.