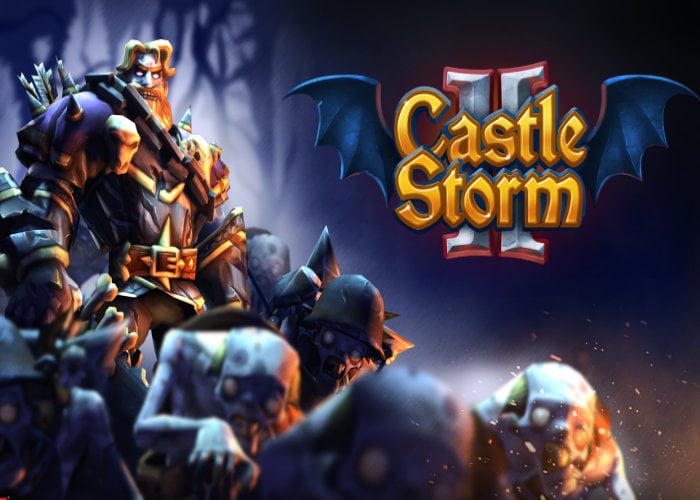 CastleStorm II will officially launch later this week on September 23rd and will be available on the Xbox, PlayStation, Switch and PC systems via the Epic Games Store. Check out the gameplay trailer below to learn more about what you can expect from the sequel to the popular side-scrolling physics-based real-time strategy game with tower defense elements.

“Aim your catapults! Command your troops! Bloody the battlefield! CastleStorm II levels up gaming’s greatest genre mishmash with ruthless destruction powered by Unreal 4, plus a whole new metagame of strategic, tactical conquest. The heroes of the Kingdom confront the vile forces of the Undead, and you’ll plot your path to triumph for both sides in two epic story-driven campaigns. But not without some hands-on chaotic carnage and delightful devastation!”

“CastleStorm 2 returns to a classic fantasy land of medieval madness, rife with heroic knights, enchanting sorceresses, glorious griffins…and sheep. But a new threat rises – literally…as in, from the grave. Walking corpses. Headless horsemen. ZOMBIE sheep. All-around nasty necromancy. You get the picture. Build an entire empire through gameplay that engages your inner hardcore strategist…then command – even CONTROL – your soldiers en route to triumph!”