Casio has unveiled its latest G-Shock watch creation, which now includes Bluetooth 4.0 connectivity, and has been designed to be used with the new Bluetooth profile 4.0 mobile phones that will be arriving shortly.

Once connected to your new Bluetooth 4.0 mobile the G-Shock watch will then be able to notify you of incoming calls, email messages and SMS messages. Together with a new finder function that allows you to start the vibration action on your mobile phone by pressing a button on your G-Shock watch. As long as the phone is within the 2-5m range of Bluetooth 4.0.

The new G-Shock weighs in at 65g and is water resistant to 20 Bar. Its communications include 128-bit Advanced Encryption Standard (AES) and a 1mbps data transfer rate. 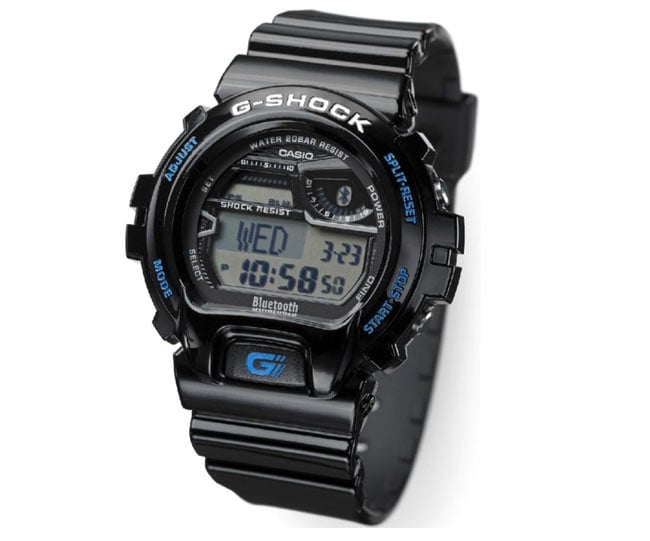 Due to Bluetooth 4.0 having a low energy profile the new Casio Bluetooth G-shock watch will still be able to run for nearly 2 years without the need for a battery (CR2032) change according to Casio.

Unfortunately no information on pricing or worldwide availability has been released as yet by Casio, but as soon as it becomes available we will let you know.