According to Casio a high brightness projector is anything over 2,000 lumen’s, and the Casio Green Slim Projector has a brightness of 3,000 lumen’s. 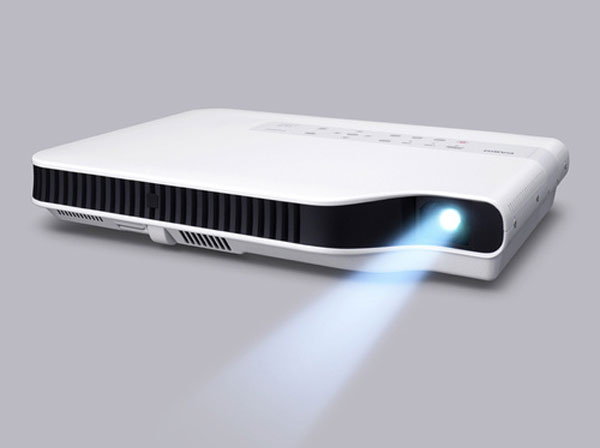 The Casio Green Slim Projector is also, as the name suggests, slim and compact, measuring just 1.7 inches thick and it is about the size of an A4 piece of paper, and it weighs in at just 5 pounds.

Casio is thrilled to introduce this entirely new lineup of eco-friendly Super Slim projectors,” said Toshiharu Okimuro, Chairman of Casio America, Inc. “The advances we have made to provide superior brightness and energy-saving features make it the perfect tool for the road warrior, instructor, gamer and general consumer for home entertainment.”

According to Casio it has a lifespan of 20,000 hours which is apprently 10 times that of a standard projector. There are no details on what the maximum screen size it can project, although it is capable of  resolutions up to 1280 x 800.

There are no details as yet on pricing or availability.