If you would like to own a quad or tricopter but just can’t afford the $300 for a professionally build flying machine such as the Parrot AR.Drone 2.0. You might be interested in these that have been built using cardboard frames rather than the tradition aluminium ones. Details of building both the tricopter and quadcopter have been published over on the Mike Estee website, and can be viewed in flight after the jump. 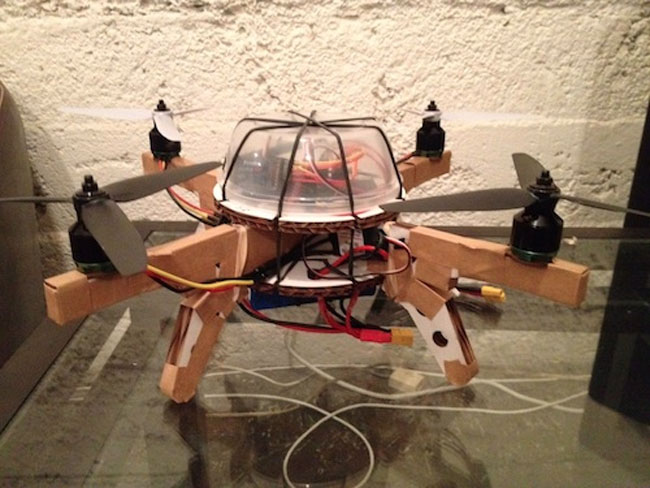 The quadcopter you can see in action in the video below is even fitted with a rubber-band shock absorbing landing gear. Enabling it to land with grace and lessen the impact on the cardboard frame. Showing just what is capable with a little scrap cardboard at your disposal.

“This tricopter frame design is decently ridged, it’s not extremely crash resistant, but it does fine with a few hard landings. This is the first flying revision, so there is plenty of room for design improvements. Improve and share! Available under a creative commons ShareAlike-NonComm-Attrib license.”

If you fancy having a go at building your very own cardboard framed tricopter, full instructions can be found over on the Mike Estee website. 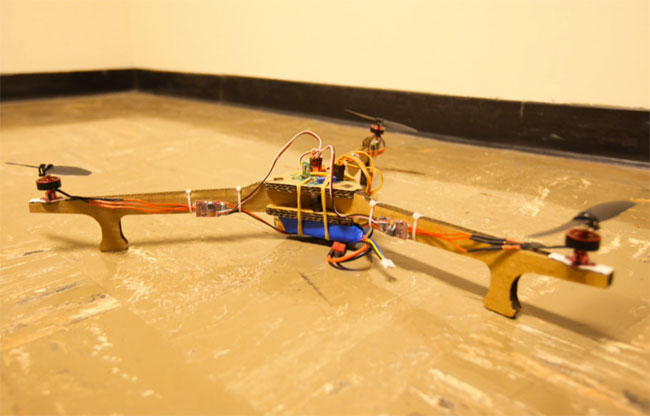