Late last week a new solar plant that makes electricity opened in California. The solar facility doesn’t use traditional solar panels. Rather, this electricity generating plant uses a bunch of mirrors to focus sunlight on a tower that heats up to about 1000F to turn water inside the tower into superheated steam. That steam then turns a generator to create electricity. 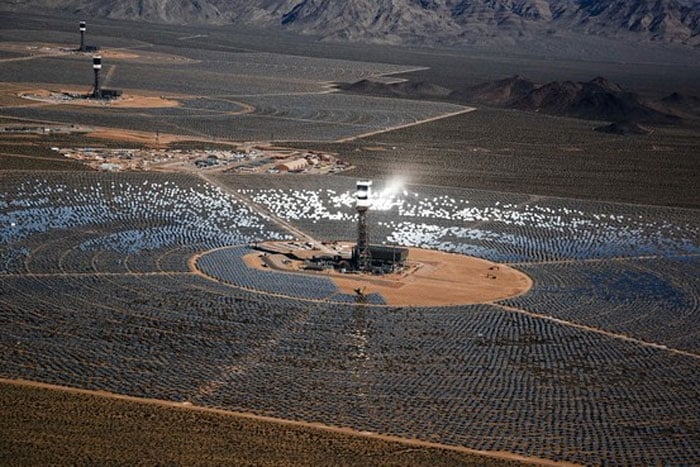 The people behind the $2.2 billion solar plant say that they knew the plant could prove to be hazardous to birds in the area. However, they say they didn’t expect so many birds to be killed during testing of the plant. Dozens of birds have been fried by the intense heat near the tower. The birds only have to fly through the area where temperatures reach 1000F to be killed.

The birds dying at the site are said to have singed or scotched feathers. Authorities overseeing the plant are conducting a study to see how to minimize the effects the intense heat has on the birds and to prevent more bird fatalities. “With the data we’ve gathered, it’s far too early in the process to draw any definitive conclusions about long-term impacts on avian or other species,” said Jeff Holland, a spokesman for NRG, the project’s operator, which is based in Princeton, N.J.