Mozilla have released a new experimental project called ‘Chromeless’ that allows developers to create their own browser interfaces using web technologies like HTML, CSS, JavaScript and others.

The project is in its very early days at the moment but the pre-alpha experiment is hoping to focus on a few major changes within the browser as a platform. 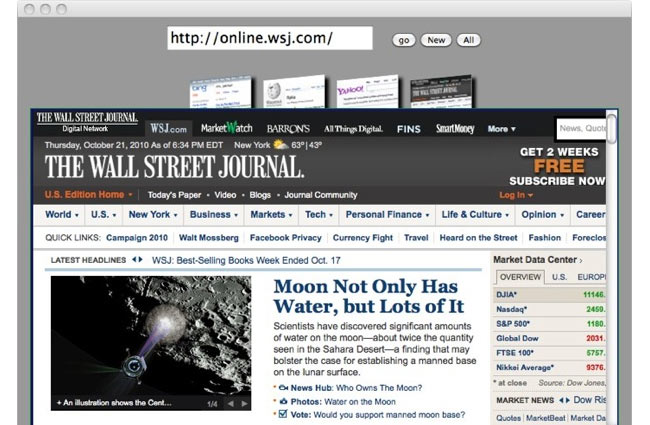 Firfox the Mozilla browsers is currently using XUL (XML User Interface Language) for much of it interface. That is only supported by the Gecko engine means app created this way aren’t accessible on WebKit-based browsers such as Chrome and Safari.

Mozilla sees this as a major problem and believes it should be easier to build and create browsers, hence the new ‘Chromeless’ project. Instead of running on XUL, the chromeless platform uses iframes and rather than loading XUL, the application is executed from a HTML file allowing developers to use standard web technologies to essentially create their own browser.

“Currently we have a functional pre-alpha prototype that is capable of loading an HTML page and rendering browser UI. In the coming months we will add specific APIs to allow for more meaningful browser construction.

We’ll investigate how we can integrate security features to keep Web content in a minimally privileged sandbox.

Finally, we aim to wrap this exploration up into an accessible SDK to make it easy to get started with remixing the browser.”