From the past few weeks, the two devices that received their fair share of hype or publicity are Moto X and the so-called budgeted iPhone. We have seen countless number of leaks of prototypes, portraying to be the upcoming low-cost iPhone, while some were even used to promote some low cost Android smartphones as well. The most interesting fact is the company has not made any official announcement or anything of that sort, despite of all the leaks. Today, we yet have another leaked image of the alleged Budget iPhone in white. 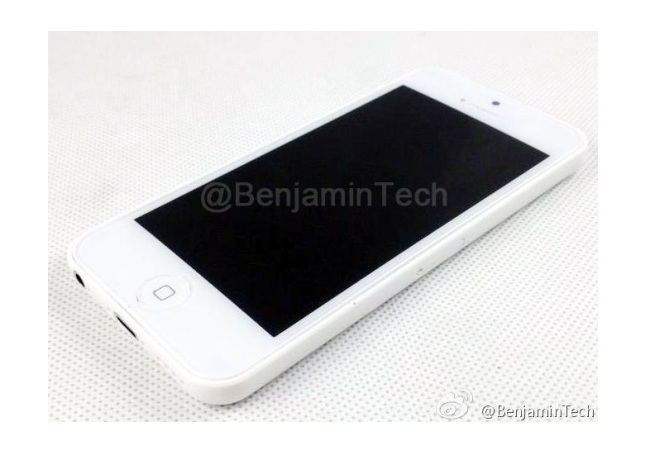 It has also been revealed that the pictures which were leaked last week were fake. The picture that is leaked today might be similar to something we have seen in the past as well.  Along with the images, the expected prices of the budget iPhone have been released as well. According to rumors, the budget iPhone will come in three sizes: 16GB, 32GB and 64GB that costs $349, $449 and $549, respectively.

To me, this pricing may be something worth looking for. I can’t really be sure if any of these leaks are correct or not. Or maybe low-cost iPhone is just a myth and nothing else. What do you think? Will we ever see a budget iPhone by the end of this year? Share your thoughts.