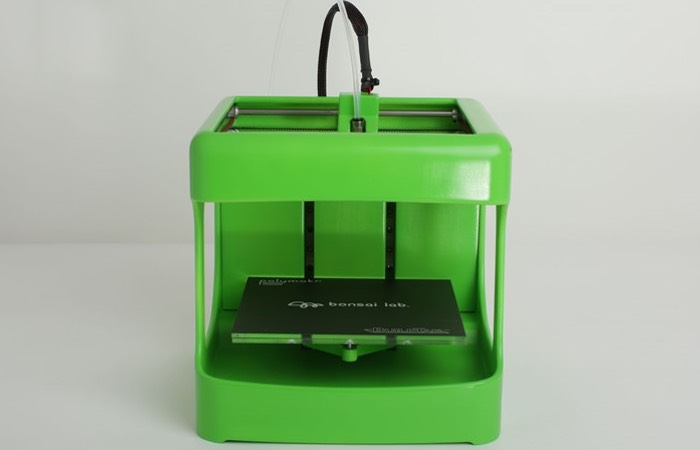 Bonsai Lab has this month unveiled a new 3D printer they have created at the Spielwarenmesse toy trade show in Nuremberg, Germany. The reason why is was unveiled at the toy show is because the printer has been specifically designed to be used by children.

The BS Toy 3D printer offers a build area of 130 x 125 x 100mm and is equipped with a printing nozzle that is capable of going to maximum temperatures of 80 degrees, and uses a special filament created by the company called LT80 filament that s capable of being printed at these later temperatures.

The BS Toy nozzle diameter is standard at 0.4mm or can be upgraded to 0.2 – 0.5mm as an optional extra. The 3D printer is expected to officially launch to consumers sometime before the end of this year although no pricing or worldwide availability has been announced as yet by Bonsai Lab. As more information becomes available we will keep you updated as always.

In the mean time for enquires and more information on the new BS Toy 3D printer jump over to the companies website via the link below.