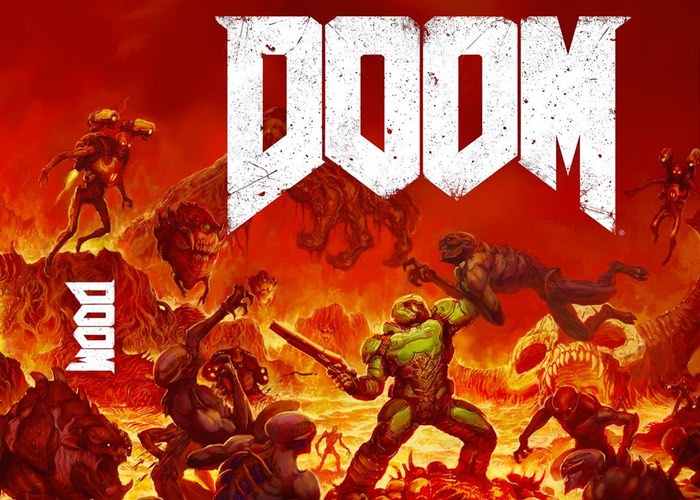 DOOM fans that enjoy playing the original 1993 edition of DOOM might be interested to know that a new update has been rolled out for the awesome DOOM mod Brutal, which brings with it the ability to use the guns included in the 2016 DOOM edition in the original.

Check out the video below to learn more about what you can expect in the 12 minute gameplay demonstration below. The DOOM mod requires Brutal Doom v20b to run. Works on GZDoom and Zandronum 2.1. Can also run with the Starter Pack.

I am still going to make a version 3, adding the remaining multiplayer weapons, and allowing the demon rune to turn the player into a Mancubus, Cacodemon, or Cyberdemon. (I still need to figure a script to detect if the Demon Rune is placed in a place that has enough room for the player to turn into a Cyberdemon). SO in case you find bugs on this version or have suggestions, just post them in the comments section.

I know Dual Wielding seems a bit overpowered on this video, but that’s because I am using cheats to have maximum ammo. In a real playthrough, it would be fair more balanced. Dual wielding causes lots of issues, making them useful only under certain situations.

First because the weapons becomes way less accurate and you might waste a lot of ammo. Second because while you are dual wielding, you are not able to use their alt fires, or throw grenades. Dual wielding doesn’t turns the single versions obsolete, just gives you another way to use them, when you are fighting against monsters in close quarters where accuracy is not a requirement, and you have lots of ammo to spend. I’m hosting a Survival server of it on the VGP Server Cluster with the Starter Pack (name of the server is Brutal_Survival).