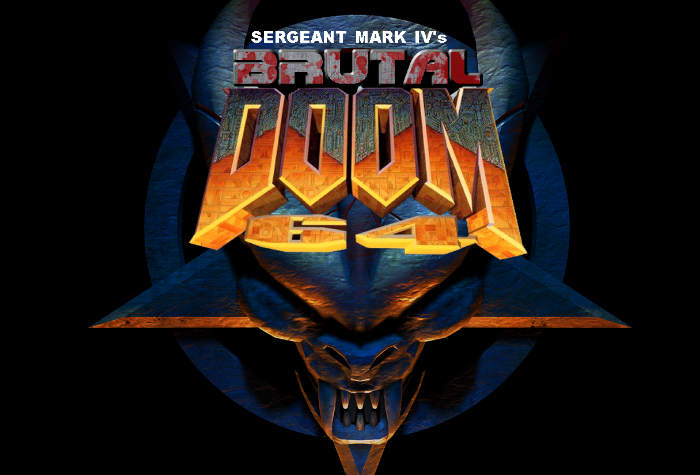 DOOM players that would like a little extra from their game might be interested to know that awesome Doom modder Sergeant_Mark_IV will be launching his upgraded version of Doom 64, Brutal Doom 64, next week on 30th October.

This PC mod will outfit Doom 64 with new special effects including particles, lightning, gore, sounds, weapon animations, enemies and cut content from Midway’s 1997 spin-off.
Check out the trailer embedded below to learn more and see what you can expect. Doom modder Sergeant_Mark_IV explains more :

Powerfun guns, guts being splattered everywhere, spooky places, the first version of Brutal Doom 64 is coming up next weekend, featuring all the original 32 levels, enemies removed from the original game (Chaingunguy, Revenant, and Mastermind confirmed so far, Archvile and Hellhound are still planned), as well as an alpha version of the Unmaker shown in the video that can be found in a secret level.

I also have talked to the owner of the VGP servers cluster, and we will be hosting a survival co-operative multiplayer game of Brutal Doom 64 when it comes out.