We are men enough to admit that seeing the creations of Mark Harder and Breck Baldwin does tickle our inner child. It also tickles our urge to have a go at building our own planes cos they’re dead simple. Really, we can’t stress this enough: They’re dead simple to make. Cheap too, with materials costing no more than $100 tops and it can go for less depending on how much improvisation you put into the build. 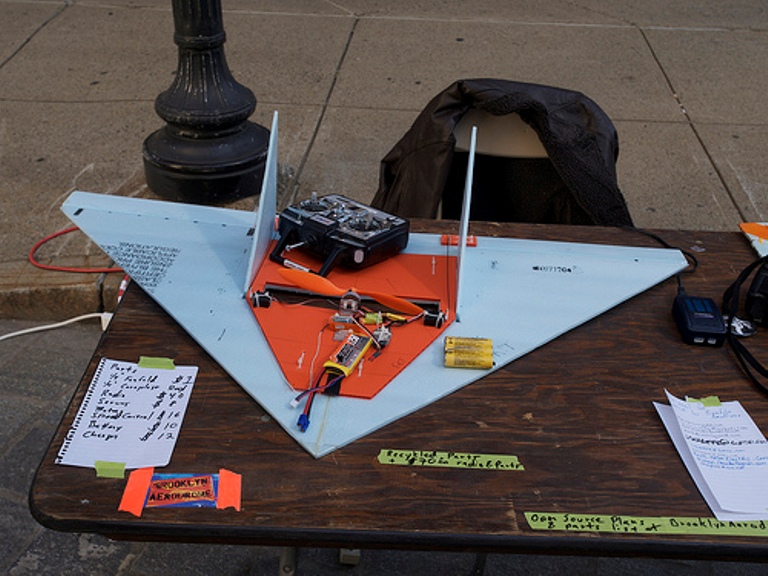 Now if you’re wondering about these guys’ motivations, rest assured they aren’t budding domestic terrorists. The origins of their manta ray-shaped planes were aesthetic, going back to a night time event in a previous Burning Man festival where the twosome wanted a flying corral reef effect where some 50 neon-lit manta-planes zipped through the air.

Having watched the instructional video and marveled at the final product, here’s our breakdown of the process in four easy steps:

1.)  The aircraft’s design is somewhere along the lines of a flying wing. Don’t bother with detailed airframes, etc. See the pic?

Of course, any other design improvements and aesthetic changes are matters of individual taste should you choose to embark on such a quest. But be warned—prepare for lots of mishaps at first while perfecting your craft. We mean that literally; Breck Baldwin named his ‘Towel’ after what the machine looked like every time it crashed.