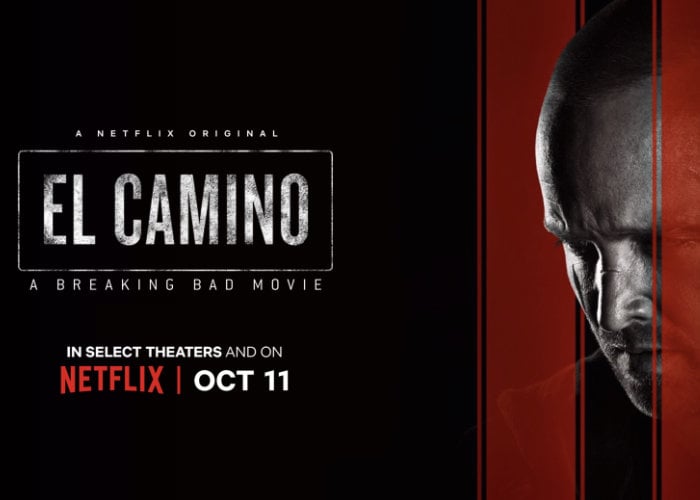 Fans of the Breaking Bad TV series will be pleased to know that Netflix has today released a first trailer for the new El Camino: A Breaking Bad Movie which will be released on the Netflix streaming service next month and available to view from October 11th, 2019 onwards. Vince Gilligan, creator of Breaking Bad, stated that more than ten characters from the show will appear in the film.

El Camino: A Breaking Bad Movie follows on from moments after the series finale of Breaking Bad ends, Aaron Paul is back as Jesse Pinkman and the movie has been directed by Vince Gilligan. Netflix’s El Camino will be available as a limited theatrical event in certain cinemas as well as streaming on the Netflix service at the same time. For more information jump over to the official website at via the link below.

“Vince Gilligan had the idea for El Camino during the final stages of filming the last season of Breaking Bad, asking himself what would happen to the character of Jesse Pinkman following the events of the Breaking Bad finale “Felina”, where Jesse escapes from the neo-Nazis’ headquarters after being rescued by Walter White. He had not told others of this idea until near the tenth anniversary of Breaking Bad, where he started sharing the idea with former cast and crew members as a means to celebrate the milestone.”