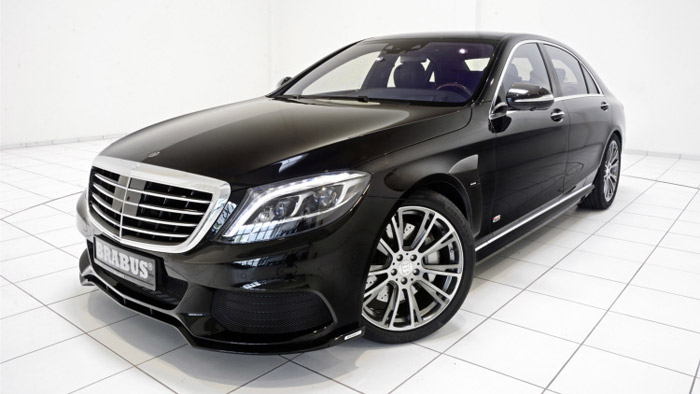 Brabus has been taking already powerful Mercedes luxury cars and tweaking them for more performance for a long time. Typically, we see their name associated with Mercedes’ line of AMG performance cars when the AMG massaging isn’t enough for the owner. This time out Brabus is lending its tuning skills to a big Mercedes that is aimed at being green(ish).

That gives the 3.0L turbo V6 385hp and 405 lb-ft of torque. When that combustion engine output is combined with the electric system, the car has a total of 493hp and 656 lb-ft of torque. That is a monster amount of torque. With the extra oomph, the Brabus can reach 62mph in 4.9 seconds. For a big luxury car, that is fast indeed and makes it very nearly as fast as the V12 S550. The Brabus version of the car also gets a new exhaust, aero kit, wheels, and interior tweaks.