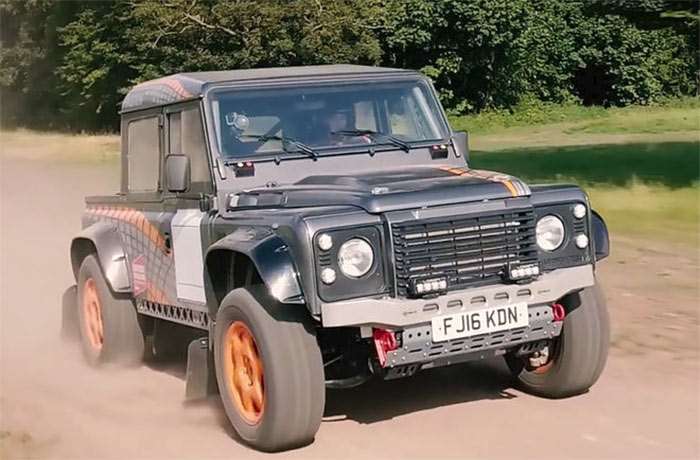 Bowler has been making rally trucks based on more plebian Land Rover off-roaders for a while and the latest version is the Bowler Bulldog. The truck normally has a 3.0L diesel V6 with a scant 300hp and whopping 515 lb-ft of torque. Bowler wanted more power in the latest version of the Bulldog and ditched that diesel for the supercharged V6 out of a Jaguar F-Type.

That gives the Bulldog 440hp. The shifter straight out of the F-Type lives on inside the car. The rub with this version of the Bulldog if you are all excited about it is that this is a one of a king truck. The supercharged Jag V6 isn’t in the normal offerings for the truck.

The trucks also aren’t apparently available outside the UK as turnkey rides. That means if you are in the States and want a bowler, you need to find a donor Defender and outfit the truck with parts from the catalog that are available in the US.