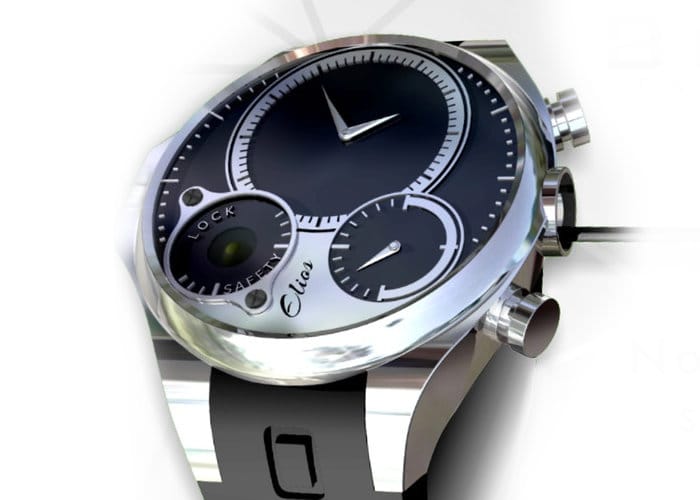 Federico Battaglia based in Italy has designed a unique smartwatch which is equipped with an integrated power bank and retractable cable, allowing you to quickly charge your smartphone to make those emergency calls when required. The Bovaro smartwatch has this week launched by a Kickstarter with the aim of raising just over €16,000 over the next 38 days. Watch the demonstration video below to learn more about the unique features and functionality of the Bovaro smartwatch.

Bovaro is now available to early bird backers from €112 or £98 with worldwide shipping expected to take place during July 2018. Three different adapters are available depending on your choice of smartphone or tablet offering micro USB, USB- C and Apple’s Lightning connector. Allowing you to not only connect to your smartphone but other devices such as action cameras, Bluetooth headsets and more. The power bank provides enough juice to recharge an iPhone 8 by 40 percent or the Samson S8 smartphone by 20 percent. A GoPro Hero 4 can be charged from flat to 80 percent and the GoPro Hero 6 can be charged to 70 percent.

For more information and full specifications jump over to the official Kickstarter crowdfunding campaign page by following the link below. “The first Elegant and Casual wristwatch, with Emergency Power Bank incorporated and retractable cable, and 2 powerful Flashlight.”