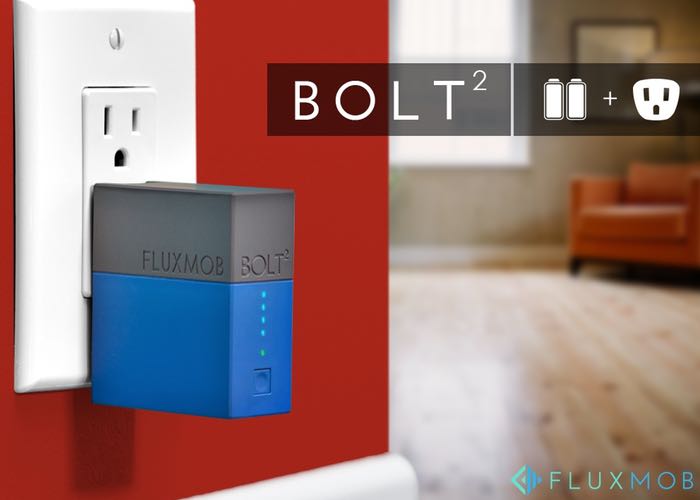 Smartphone and tablet owners that are looking for a powerful yet small backup battery and charger might be interested in a new device that has launched over on the Kickstarter crowdfunding website this week in the form of BOLT² that has been designed by Fluxmob.

The BOLT² is being marketed as the world’s smallest 2.4 amp backup battery and wall charger and is available to pledge for from just $35 at an early bird special price.

Watch the video below to learn more about this 6,000 mAh pocket sized battery and charger from its creators. Who explain a little more about the inspiration and the design of their new 2.4A output charger that builds on the technology used in the original.

“Just like the original, BOLT² is an upgrade from your standard wall charger. Why carry around anything else when you can have a wall charger AND battery backup in one compact device? Whether you’re charging your device on the wall or on the go, BOLT² seamlessly integrates into your everyday life ensuring that you’ll never run out of battery again.”

The BOLT² is capable of challenging USB devices four times quicker than the speed of a standard USB port and includes two USB ports allowing you to charge two devices at once. The battery charger is also compatible with both 100 and 240v outlets.

For more information on the new BOLT² jump over to the Kickstarter website for details and to make a pledge.