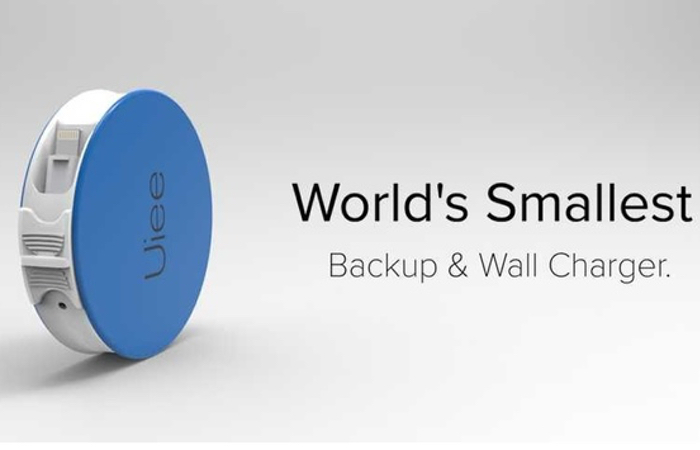 Smartphone owners looking for a convenient and pocket charger to help keep their mobile devices topped up whilst out and about, may be interested in a new design created called the Uiee.

The Uiee is being marketed as the world’s smallest backup pocket charger and wall charger that features a built-in battery together with flip out prongs on the rear of the case that can be inserted into power outlets to charge both the battery and attached smartphone.

“The Uiee charger is a backup & wall charger combined. It features a built-in battery for extra power on the go. It’s flip out prongs on the back allow it to be also used as a wall charger. The most stylish & simplistic way to charge your smarpthone. Wherever you are! Built in cable and prongs makes it super convenient.

True Portability: The first and only pocket sized one of its kind. Featuring both built in battery for on the go and flip out prongs for recharging with any wall socket. Super Convenient: Simply plug in to charge your device. The Uiee charger features a built-in cable which is retractable. Just slide the lock on top to lock the cable in place. It’s that simple!”