Barnes & Noble have released an update to their Nook ebook reader. The latest Nook Update version 1.3 adds a range of new features which includes a web browser, a couple of games and some bug fixes.

The latest update to the Nook adds two Android games, chess and sudoku, plus the ability to read in store streaming certain ebooks to the device, as well as being able to preview books. 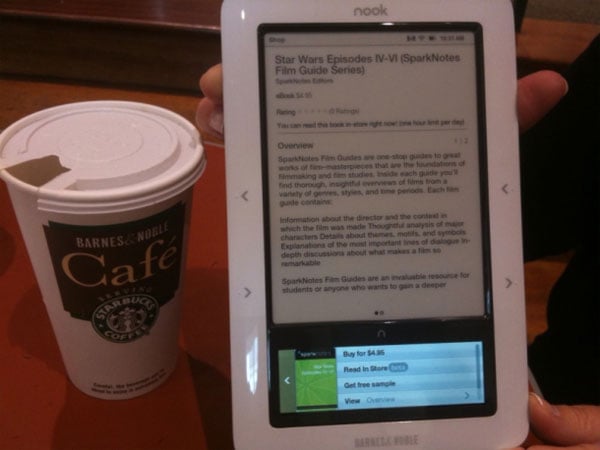 There has also been a couple of bug fixes which are designed to provide faster page turns , quick ebook opening and a few other tweaks.  The update will roll out over the next week, but if you want it quicker you can head on over to nook.com/update and download it directly.