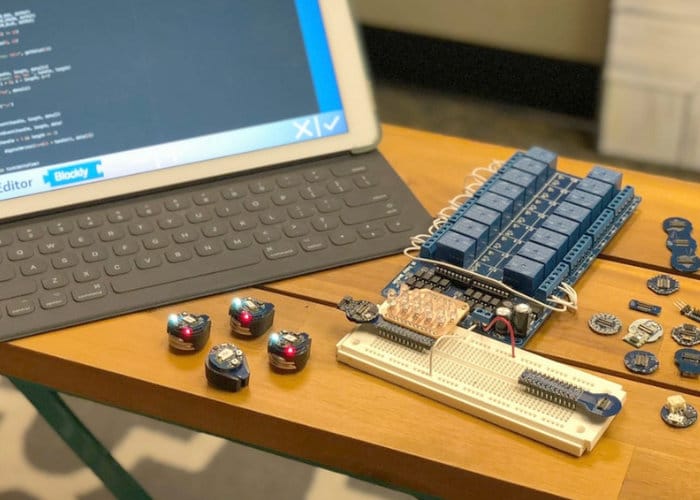 Developers, makers and hobbyists creating projects for the Internet of Things may be interested in a new platform for connected things aptly named Blueberry Mesh. The new platform provides an ultra-small, stackable, modular electronics development platform specialising in Mesh networking and Internet of Things devices. Check out the demonstration video below to learn more about what you can expect.

Along with the hardware the Internet of Things Blueberry Mesh platform also has a companion mobile app that can run on both tablets and smartphones providing additional features and applications. “With the Blueberry Mesh App all development and coding can happen without a computer in the palm of your hand!  The App has device discovery, a graphical programming system called Blockly, and a lower level Script language with C-style syntax called Berry Script.  With the Blueberry Mesh App anyone can get started with Internet of Things development!”

Blueberry Mesh is now available to back via Kickstarter with the Blueberry Proto Board pledge available for just $15 or £11, with worldwide shipping expected to take place during September 2018. For a full list of all available pledges jump over to the official crowdfunding campaign page by following the link below where plenty more demonstrations of Blueberry Mesh are available to view.