HTC officially announced the Vivid Blue HTC One few days back with an expected launch date of Q4 2013. The company didn’t mention which markets and carriers will get Vivid Blue HTC One. At first, we heard rumors that Verizon will exclusively carry the HTC One in blue, which was later rumored to launch on Sprint along with the Red version. Now, an image of the Vivid Blue HTC One has been leaked carrying Verizon’s logo on the retail box. 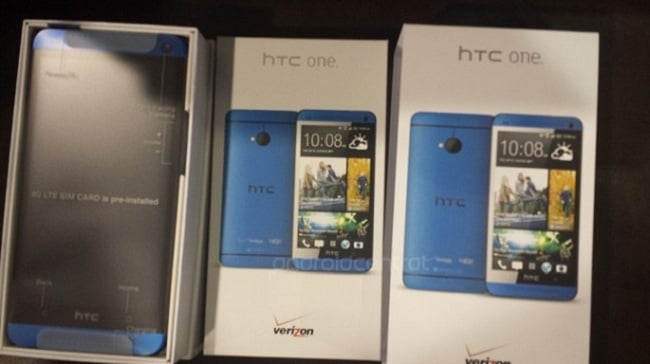 An anonymous tipster sent an image of HTC One in Blue with Verizon logo to the folks at Android Central. Apparently, the device has a street day today, so you need to check with your local Verizon store and confirm if they have HTC One in blue.