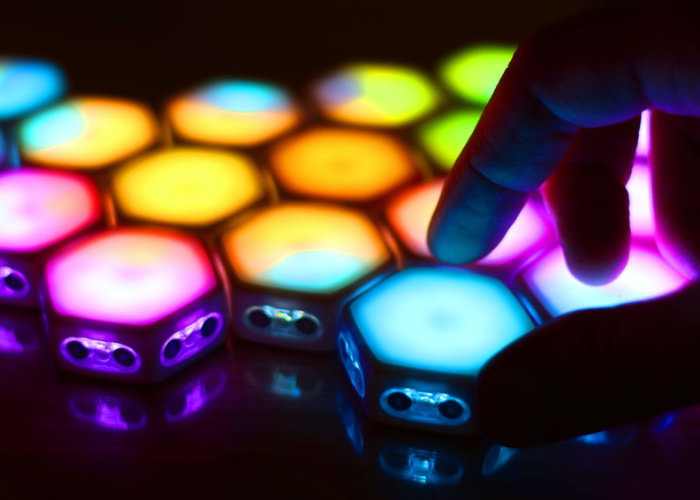 Move38 has launched a Kickstarter crowdfunding campaign this month which has already raised over $130,000 thanks to over 1000 backers still 10 days remaining. The Blinks game system has been created to provide players with the “world’s first smart tabletop game system”. Watch the demonstration video below to learn more about Blinks.

“Blinks come in packs of 6 games, the more Blinks you have, the more games you can play… Also more Blinks makes each game bigger and better. As of this Kickstarter, there are now 3 sets to choose from, no need to choose now, you’ll get to select which sets you are getting in the pledge manager after the campaign.”

“We’ve curated the top 6 games from our community of game designers. All six knocked our socks off! These designers harnessed the technology to create truly original games. You’ll put your reflexes to the test, battle with your wits, and ambush your best friends. You are backing much more than just the latest 6 games. We’ve produced 14 others others in the Core and Expansion Sets. These games have been to all of the major game conventions, and were labeled the top 10 games at E3 in 2019, then subsequently sold out until now!”