George Hotz had released a new version of his popular blackra1n iPhone Jailbreak tool for both Windows and Mac, Blackra1n RC2.

Blackra1n RC2 fixes some of the problems found in the previous version including 3G signal issues, and problems with the Icy software package. 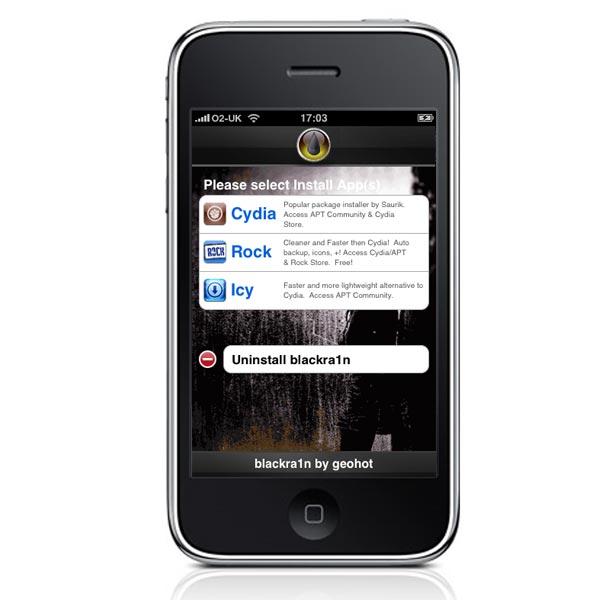 It also adds a Tethered jailbreak for 3.1 OOTB iPod Touch 8GB and new 3GS, hopefully the latest release will fix some of the issues some users have been experiencing.