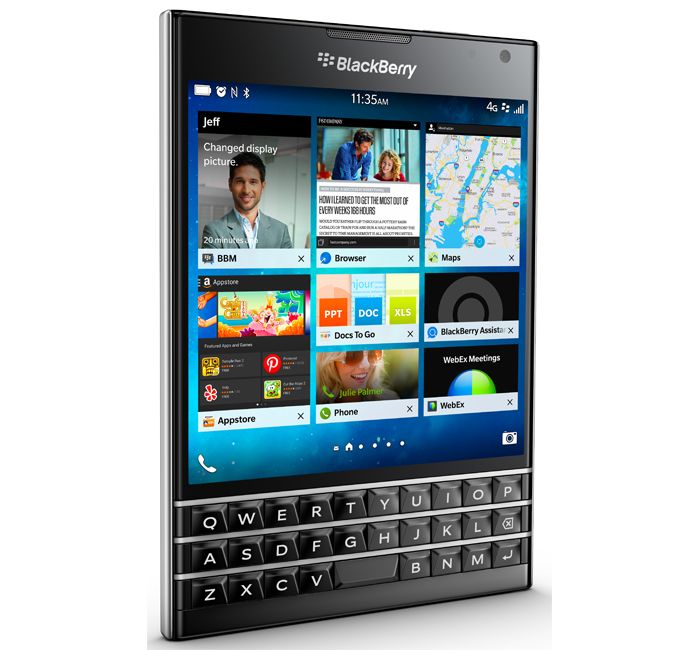 The BlackBerry Passport goes on sale in the U.S. today, the handset is also launching in the UK shortly, and one mobile retailer is now taking pre-orders on the device.

UK retailer Unlocked Mobiles are now taking pre-orders on the handset, the device will retail for £484.98 including taxes, and it will go on sale in the UK this Friday, the 26th of September.

The handset comes with the latest version of BlackBerry’s mobile operating system, BlackBerry OS 10.3, the device is powered by a quad core 2.2 GHz Qualcomm Snapdragon processor and it also features 3GB of RAM.

For storage, the Passport comes with 32GB of built in storage, there is also a microSD card slot that takes up to a 64GB card. The handset features a unique square display.

The square display on the BlackBerry Passport measure 4.5 inches and it features a resolution of 1440 x 1440 pixels, the handset also comes with a QWERTY keyboard that is touch enabled, plus a 3450 mAh battery that will give you up to 30 hours of usage.

You can find out more details about the BlackBerry Passport over at Unlocked Mobiles at the link below, the device is now available to pre-order in the UK.