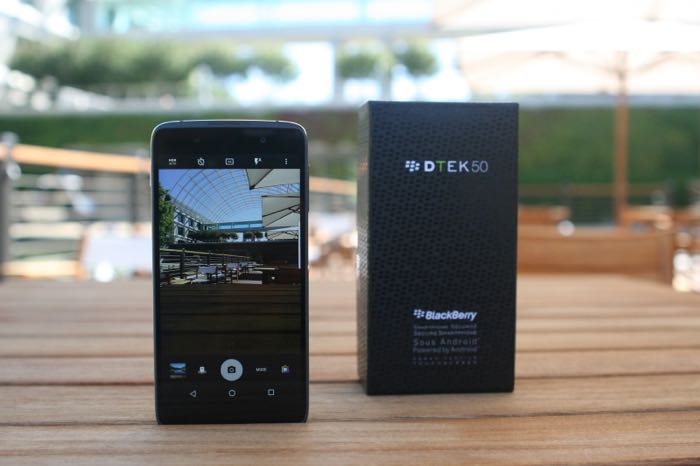 Earlier this year, BlackBerry introduced the Android-powered BlackBerry DTEK50 smartphone across the globe.

If you’re based in Canada and are interested in picking up the BlackBerry DTEK50, there’s some good news for you. Amazon Canada has reduced the price of the handset, dropping it to CAD 389 ($289) from CAD 429.

The handset comes with a 5.2-inch display sporting a resolution of 1920 by 1080 pixels with the processing handled by Qualcomm Snapdragon 617 processor paired with 3GB of RAM and 16GB of built in storage as well as a microSD card slot for expansion.

The handset features a 13MP camera for photos and videos as well as an 8MP front-facing camera, 2610 mAh battery and ships with Android Marshmallow as its operating system out of the box.

A quick look at BlackBerry Canada reveals that the handset is still listed for CAD 429, but you’ll be able to save CAD 30 if you decide to purchase it from Amazon Canada.