We have already seen a number of different photos of the full touchscreen BlackBerry 10 device, the BlackBerry L-Series or BlackBerry London, and now we have another photo of the handset. 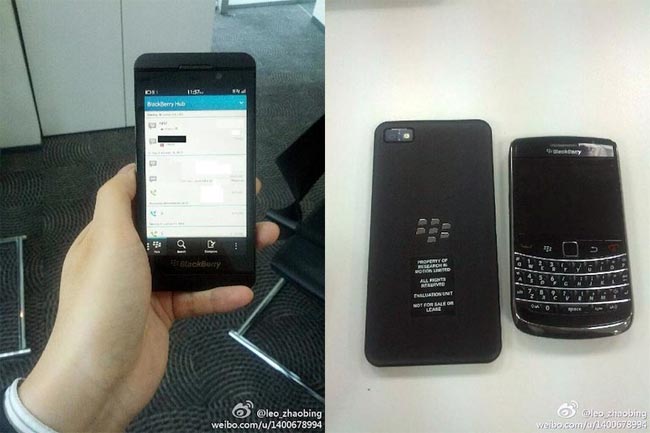