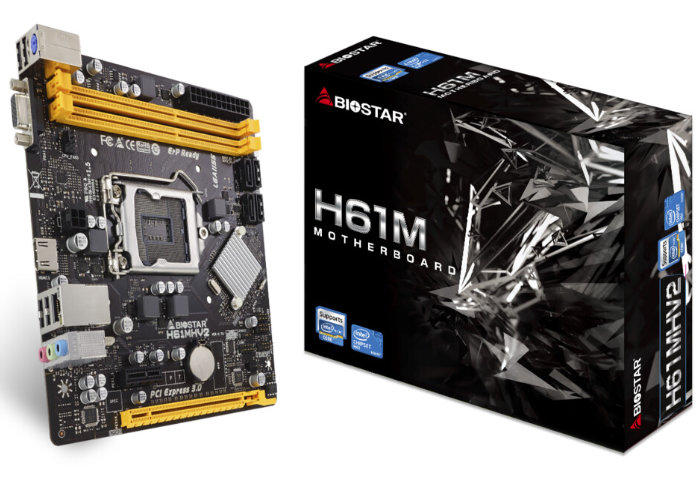 BIOSTAR has announced the imminent availability of a reboot of the company’s H61 Series motherboard, supporting Intel 2nd and 3rd generation Core i7, i5 and i3, Pentium, Celeron processors in the 1155 package. Together with the ability to install up to 16 GB of DDR3 1600/1333/1066 MHz RAM.

“Due to popular demand and the availability of supporting components, BIOSTAR has decided to relaunch Intel’s H61 chipset series motherboards with the all-new H61MHV2 motherboard, a reboot of its popular predecessor the IH61MF-Q5. Built in a Micro-ATX form factor, the H61MHV2 motherboard is packed with some of the most requested upgrades build to be compatible with the old architecture and looks to provide a robust, affordable and highly reliable user experience that caters consumers who are looking for a good motherboard to upgrade their existing office workstation without breaking the bank.

The H61MHV2 motherboard is equipped to support 2 DIMMs of DDR3 rams that offer better bandwidth and has a lower operating voltage range for lower power consumption. It is also equipped with HD Audio and HDMI which offer crystal clear sound effects and high definition video output that provide users with a more immersive experience for daily content consumption and gaming. The H61MHV2 is also equipped with GbE LAN that delivers 10 times faster speeds than traditional Ethernet LAN and deals with heavy applications without any latency and is backwards compatible with any existing GbE devices.” 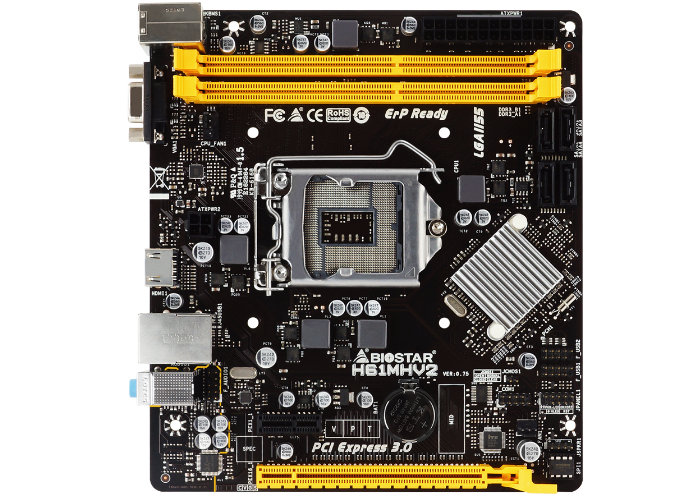 Features of the rebooted BIOSTAR H61 Series motherboard include :