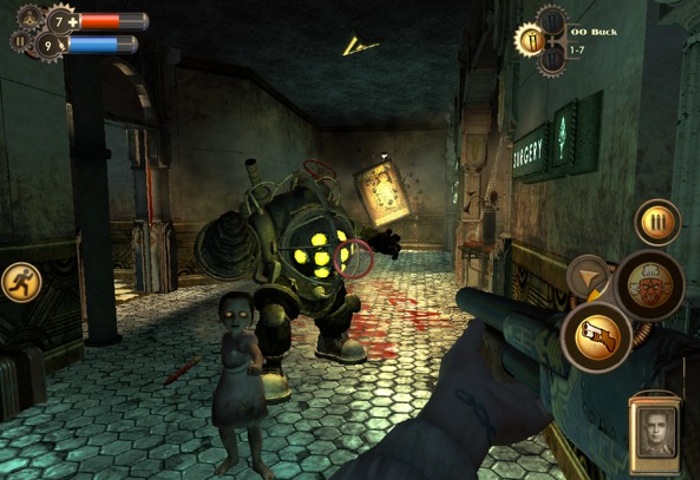 Earlier this month it was announced that the original BioShock game will be released as a BioShock iOS version sometime during August 2014.

Keeping to their words 2K Games has today announced that their BioShock iOS game is now available to download and play via the Apple iTunes App Store priced at $14.99.

BioShock fans are now able to enjoy the original BioShock game on iPad 4, iPad Mini 2 and iPad Air tablet devices, together with smaller smartphone devices that include the iPhone 5, 5S and 5C.

“BioShock is set in 1960, in which the player guides the protagonist, Jack, after his airplane crashes in the ocean near the bathysphere terminus that leads to the underwater city of Rapture.

Built by the business magnate Andrew Ryan, the city was intended to be an isolated utopia, but the discovery of ADAM, a plasmid which grants superhuman powers, initiated the city’s turbulent decline. Jack tries to find a way to escape, fighting through hordes of ADAM-obsessed enemies such as the deadly Big Daddies, while engaging with the few sane humans that remain and eventually learning of Rapture’s past.”

Check out the launch trailer for the new BioShock iOS game below.