Irrational Games have released the second part of their Heavy Hitters series of short movies. Which provides a little behind the scenes view at some of the mobs you will encounter within the new BioShock Infinite game. This movie is definitely new 😉 sorry about yesterdays already being out for a while! Watch the video after the jump to see the Handyman in action. 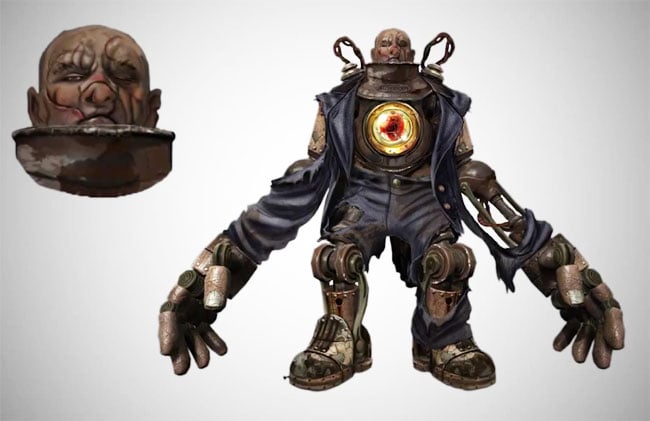 BioShock Infinite will be launching on October 16th 2012 for the Xbox 360, PS3 and PC. You can view the first trailer in the Heavy Hitter series which features a “clockwork terminator” by clicking here.

“In this second episode of our Heavy Hitter series, we go back to the very first enemy most fans saw in the BioShock Infinite announcement trailer: the powerful, gigantic yet agile Handyman. Man? Machine? Hand model? “