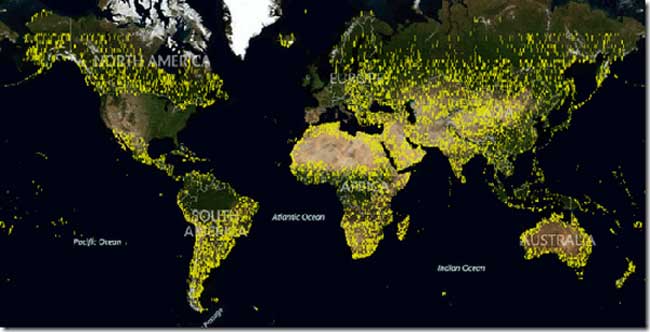 Bing Maps now has 100% areal coverage of the United States. So far the Global Ortho project is 85% acquired and published according to Bing. Full coverage of Europe is expected to be finished by this fall.