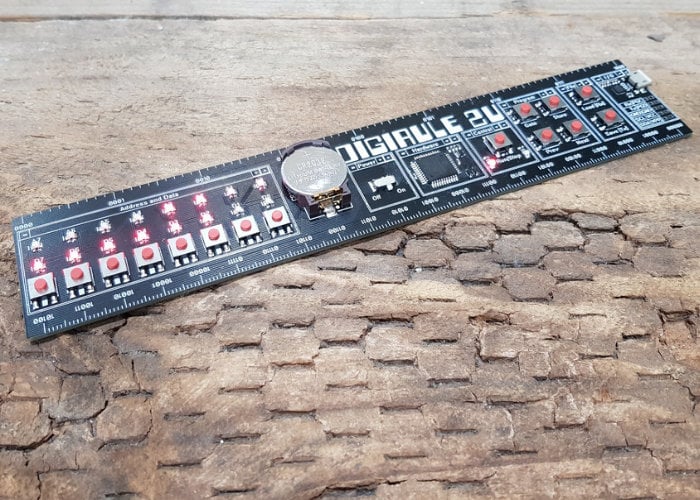 The awesome Digirule 2U as a small 8-bit programmable binary computer created by developer Bradley Slattery. launched via Kickstarter this month the project is coming to the end of its campaign with jest 60 hours remaining although early bird pledges are still available from roughly £21. The Digirule 2U 8-bit programmable binary computer offers USB support together with an integrated debug monitor and a fully featured assembler. 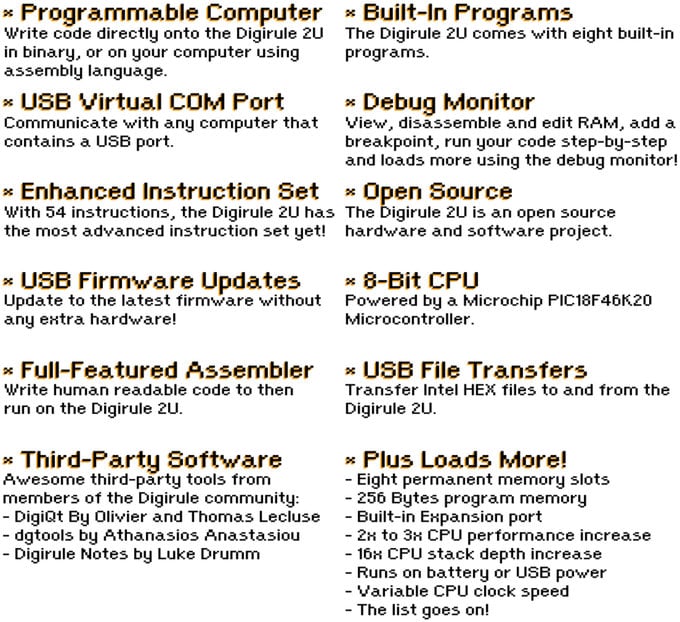 “The Digirule 2U is the most feature-rich version of the Digirule to date. With 54 instructions, USB support, built-in serial debug monitor, full-featured assembler, 8-bit address bus, 8-bit data bus, eight 256-byte permanent memory slots and loads more. You can discover the fascinating world of programming a computer in the actual language that the computer understands – binary!”

“You can code your own LED games, perform calculations, send and receive data to/from a computer or even another Digirule 2U. Each Digirule 2U comes pre-loaded with eight programs including ‘Hello World’, ‘Mastermind’ and ‘Prime Number Calculator’. The Digirule 2U features eight permanent memory locations where you can store your own awesome programs. ”