Microsoft Windows has come a long way since it was first unveiled by Bill Gates on November 10th 1983 and finally shipped two years later on November 20th 1985 as a graphical operating system shell for MS-DOS.

As history shows the Microsoft Windows operating system went on to dominate the world’s personal computer market claiming over 90% market share, beating Mac OS, which had been introduced back in 1984. Check out the videos after the jump to learn more and see Microsoft’s Steve Ballmer getting very excited over its new features such as cut and paste. 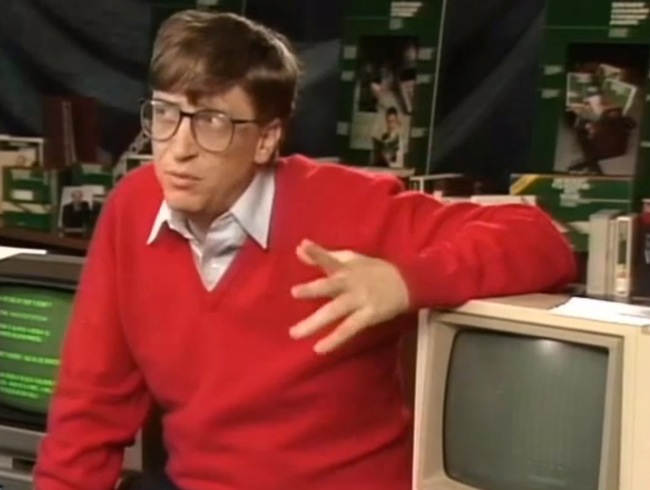 “The early versions of Windows are often thought of as graphical shells, mostly because they ran on top of MS-DOS and use it for file system services. However, even the earliest Windows versions already assumed many typical operating system functions; notably, having their own executable file format and providing their own device drivers (timer, graphics, printer, mouse, keyboard and sound).

Unlike MS-DOS, Windows allowed users to execute multiple graphical applications at the same time, through cooperative multitasking. Windows implemented an elaborate, segment-based, software virtual memory scheme, which allows it to run applications larger than available memory: code segments and resources are swapped in and thrown away when memory became scarce; data segments moved in memory when a given application had relinquished processor control.”

It will be interesting to see how Microsoft Windows operating system tackles the next 30 years of development and the testing times ahead for the company as more and more operating systems take hold both on mobile devices and desktop systems.