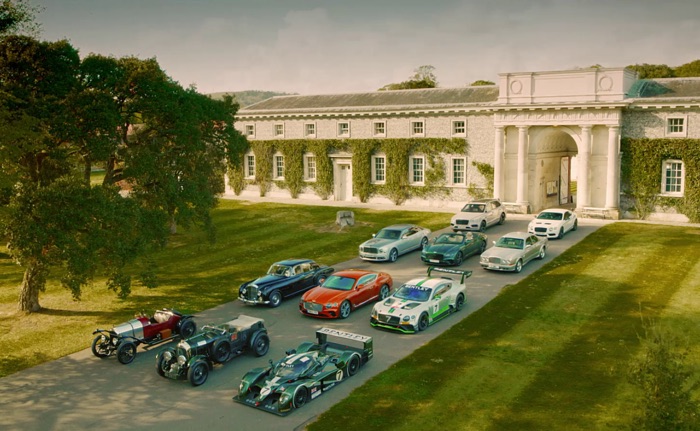 Bentley has announced that their Bentayga Speed and Flying Spur will make their UK debut at the Goodwood Festival of speed.

Bentley is celebrating their 100 year anniversary this year and they will be showing off 30 iconic cars at this years Goodwood from the last 100 years.

The centrepiece of Bentley’s presence will be the Centenary Concours, a 30-strong display of the most iconic models from the marque’s past and present which include one of the rarest and most valuable Bentleys in the world – the 4¼-litre ‘Embiricos’ Special – alongside Bentley’s recently unveiled and all-new Flying Spur. Other rare highlights include a Gurney Nutting Speed Six, a 1948 Pininfarina Mark VI, a Continental GT Zagato and W.O. Bentley’s own 8-Litre from 1930.

Meanwhile, the Cartier Style et Luxe Lawn will feature at least six R-Type Continentals as the centrepiece of this year’s Concours d’Elegance. Only 208 R-Type Continentals were built, and they now exist as one of the most desirable models from Bentley’s past. The three lines that define the R-Type Continental – the power line, rear haunch and sloping fastback roof – remain the inspiration behind the styling of today’s Continental GT.

You can find out more information about what Bentley has planned for Goodwood over at their website at the link below.