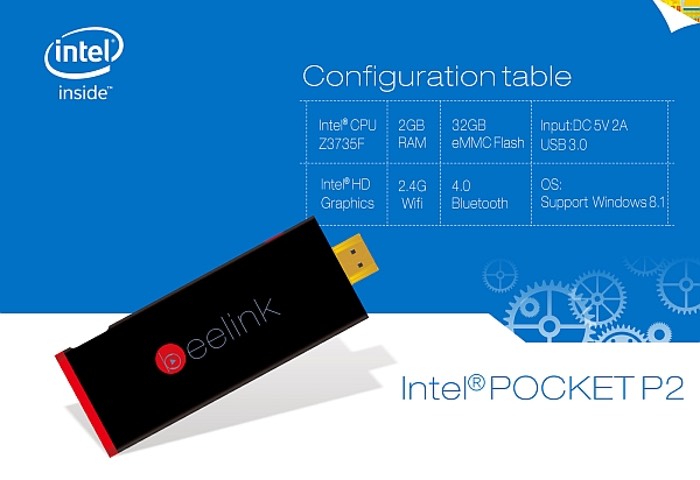 Anyone in the market for a small pocket sized mini PC might be interested in a range of new Intel powered computers that have been unveiled by Beelink this month. 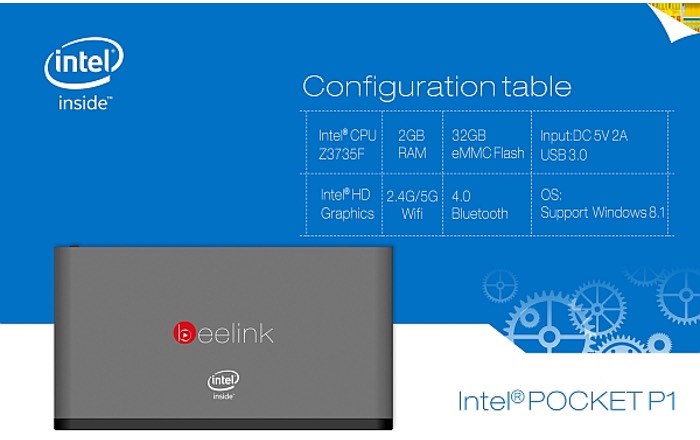 Offering a change in direction from the previously used ARM-based processors that have been supplied from manufactures such as Rockchip and Amlogic.

The first mini PC to be unveiled takes the form of the Beelink Pocket P2 that offers a stick style design equipped with a USB 3.0 port and powered by an Intel Atom Z3735F processor supported by 2GB of RAM. 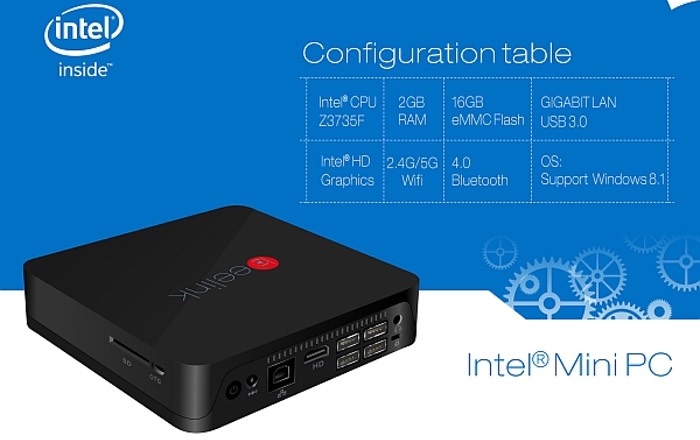 The larger Beelink mini PC takes the form of mini desktop sized system and is equipped with the same processing power yet only half of the internal storage, which takes the form of 16GB. However this system is expandable using the 2.5-inch SATA bay allowing you to add plenty for your needs.

Unfortunately no information on pricing or worldwide availability has been released as yet Beelink, but as soon as information comes to light we will keep you updated as always.