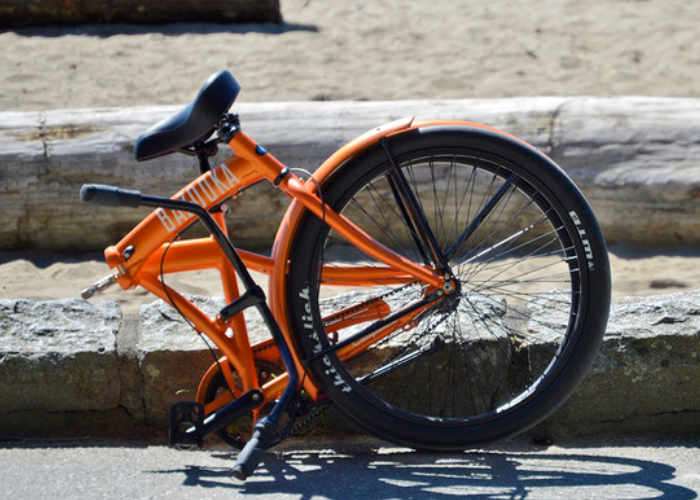 Bazooka folding Bikes based in Vancouver, Canada have created a unique folding beach cruiser bicycle which comes complete with a belt drive and can be folded into a bag that can be stored under your desk or in your closet.

Watch the demonstration video below to learn more about the folding beach cruiser from Bazooka, but has taken to Kickstarter to raise the required funds the company needs to take their design into production. 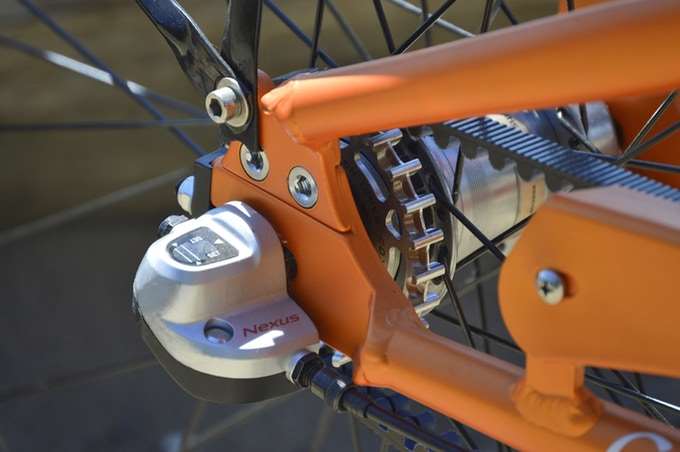 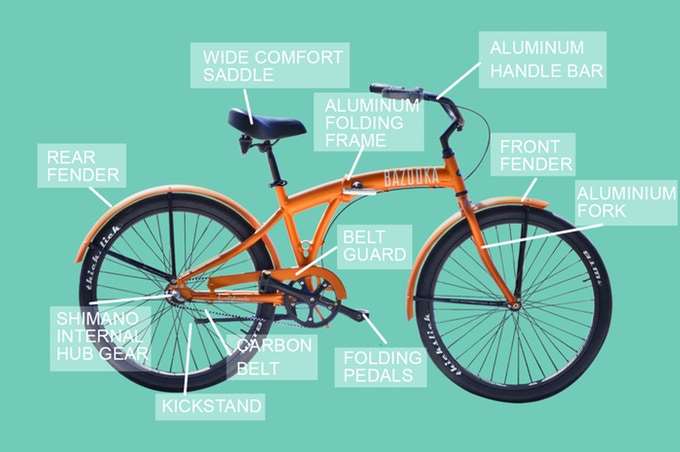 Bazooka folding Bikes company was formed back in 2002 in Vancouver, Canada with variety of folding bikes from 14” wheels to 26” full size folding mountain bikes. In 2005 we came up with the first concept of Folding Beach Cruisers with conventional chain and gearing system, which suddenly became one of Bazooka’s most popular folding bicycle.

As the years went by, we have received many comments and requests from previous Bazooka folding bike owners, that wanted an improved version of the folding beach cruisers that are lighter, rust proof, and with better gearing system. Hence we came up with this new concept of Bazooka California, which is the Folding Beach Cruiser with better folding mechanism and carbon belt drive as well as Shimano internal hub gearing system.

For more information on the new Bazooka folding bike jump over to the official Kickstarter campaign page for details by following the link below.