EA has just announced Battlefield 4 via a Tweet from EA UK marketing’s Dan Sheridan. Who explained in his Tweet: “Pre-order Warfighter and get access to #BF4Beta :)”

The Tweet included a link to a blog post by Sheridan which included a video trailer with in-depth commentary on the multiplayer features within the new Medal of Honor Warfighter multiplayer mode and its features. 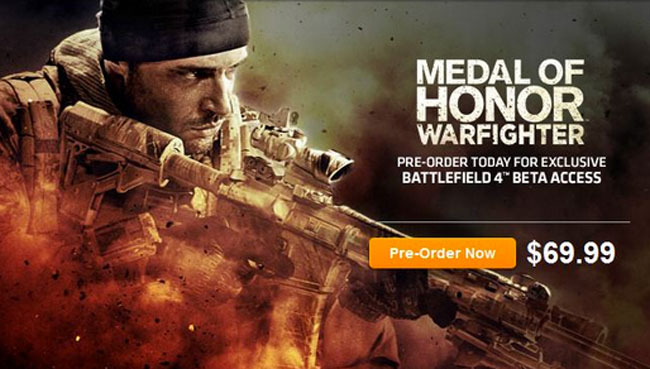 The video also explains if you pre-order Medal of Honor Warfighter you will also get exclusive access to the new Battlefield 4 beta once it official launched during the fall of 2013. Frank Gibeau, President of EA Labels explained in the press release that followed.

“Though Battlefield and Medal of Honor Warfighter each offer players a completely unique experience, they are united by their underlying technology base – Frostbite. These are two of the hottest shooters, coming together to deliver a one-two punch of action, intensity and shooter entertainment,”