Battlefield 3 will includes a brand new feature called Battlelog that has been designed to enable you to track your progress and that of your friends. Battlelog is the stats tracking and social service of Battlefield 3 which includes mobile apps, with Facebook-like features, forums, and much more.

PC users will use the new Battlelog feature to start the game and find a server. its functions have been explained in a little more detail by Dice during the Battlefield 3 beta trials which are currently in progress until October 1oth. Watch a video after the jump. 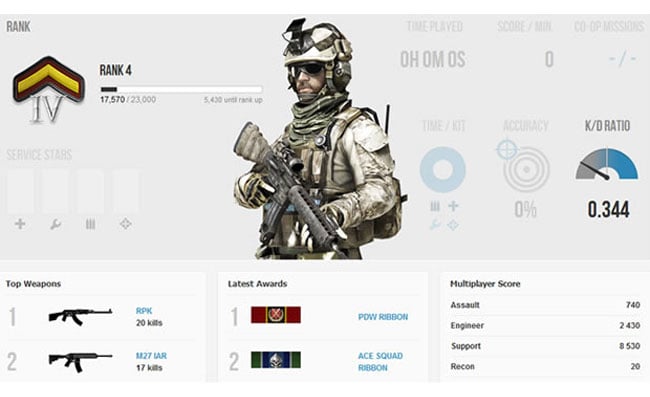 If you have been taking part in the current beta trials of Dice’s Battlefield 3 game before its official launch, you have already helped Dice expose a number of issues that will be fixed before the official launch.

A number of updates have already been added to the beta on the server side fixing a number of issues which were revealed last week by Daniel Matros, community manager at DICE, on his post via Battlelog as well as the most common game server crashes reported in the last 48 hours.