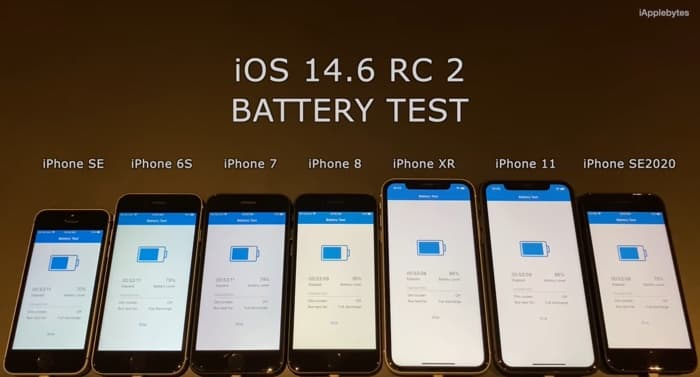 Apple released iOS 14.6 Release Candidate 2 on Friday, this is most likely the final version of iOS 14.6 that will be released to everyone this week.

Now we have a battery test video on iOS 14.6 Release Candidate 2 from iAppleBytes, the tests are run on the original iPhone SE, iPhone 6S, iPhone 7, iPhone 8, iPhone XR, iPhone 11 and the 2020 iPhone SE, lets find out if there are any battery life improvements.

As we can see from the video there were no major improvements in battery life in the iOS 14.6 release candidate software over the current iOS 14.5.1 release.

Apple are expected to release the final version of iOS 14.6 this week, we are hoping that it will land either some time today or tomorrow, as soon as we get some more information, we will let you guys know.