Some of our reader will remember the Batman Tumbler golf cart that we featured on the site back in 2010, it was spotted at Warner Bros Studio back in 2010, and now it looks like it was sold on on eBay for $17,500.

The creators of this fun Batman Tumbler golf cart started out with an EZ-Go golf cart, and then stripped it down to the frame and four cup holders. 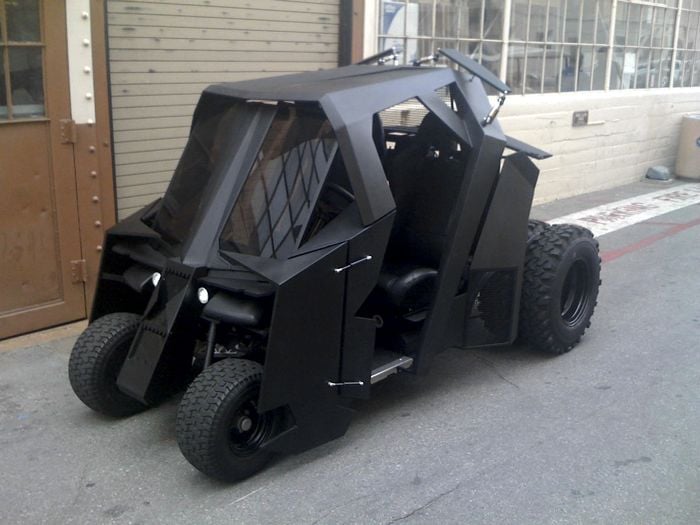 They spent a total of $30,000 creating this Batman themed golf cart, with upgraded batteries that give it a top speed of 38 MPH, 28 inch tires, and even an iPad holder. 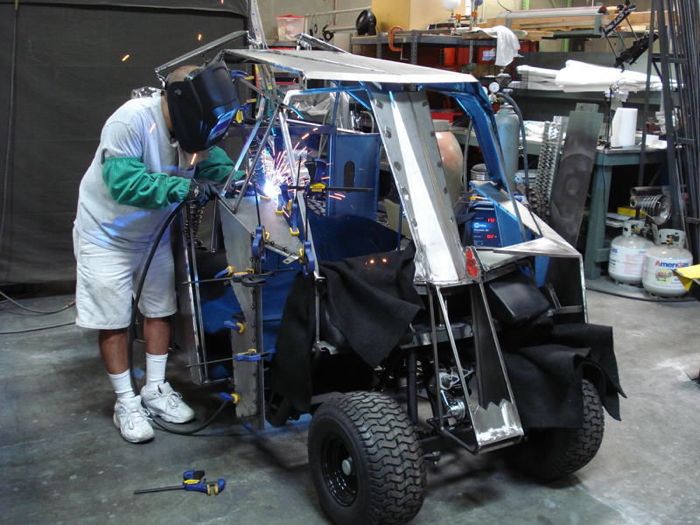 We started off with an EZ-Go Golf-Cart, then stripped it down to the frame and 4 cup holders.
You will find no cheap or plastic parts here…
The entire vehicle is hand crafted from the frame and sheet metal, including a sculpted, molded cowl, attention was paid to every detail.
Well over $30,000 to make it runs great and cosmetic condition is excellent, along with low hours.
It has been used 1/4 the time on a studio lots, but the rest of the time kept indoors on display.

The auction listing says that the Batman Tumbler golf card was used at movie studios and also used for display, so it looks like this is the same one that appeared at the Warner Bros studio back in 2010. 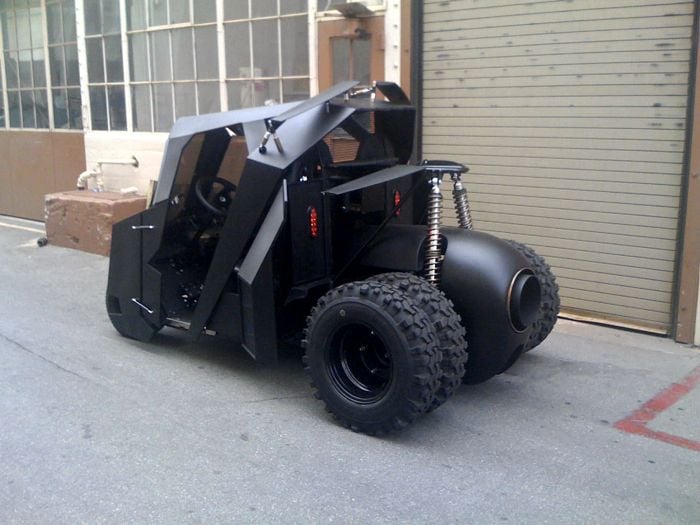 It has now been sold on eBay for $17,500, so you could possibly see this cool golf cart on a golf course near you very soon.