Barnes & Noble have released a new update for their e-book reader application today which includes a few little tweaks together with a new library grid view for its books.

Also yesterday it was reported by Barnes & Noble that their Nook series of readers has conquered 25 percent of the US e-book market which is larger than their share in physical books. Even though profits had slumped by a similar percentage due to development costs of their Nook device, says B&N. 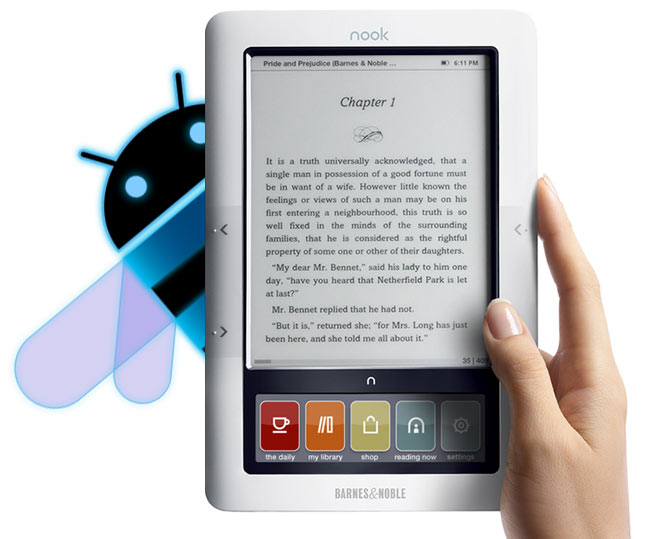 In a busy couple of days for Barnes & Noble press office they have also released details that a Honeycomb version of its app will also be available in Spring this year.

You can download the current Android Nook App from the Android Market for free, which includes the latest update.