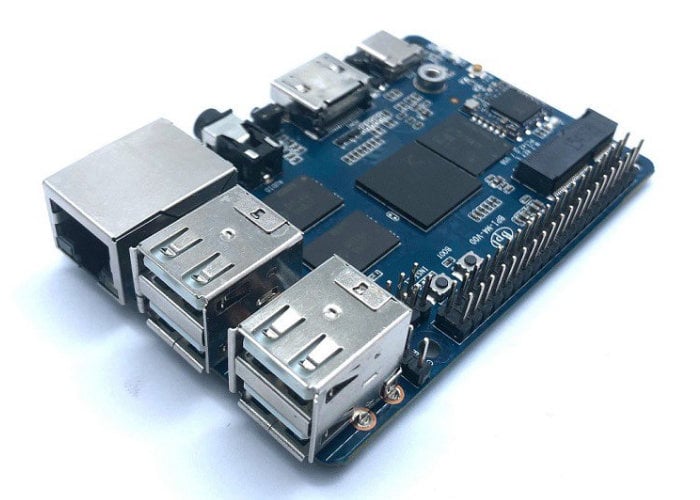 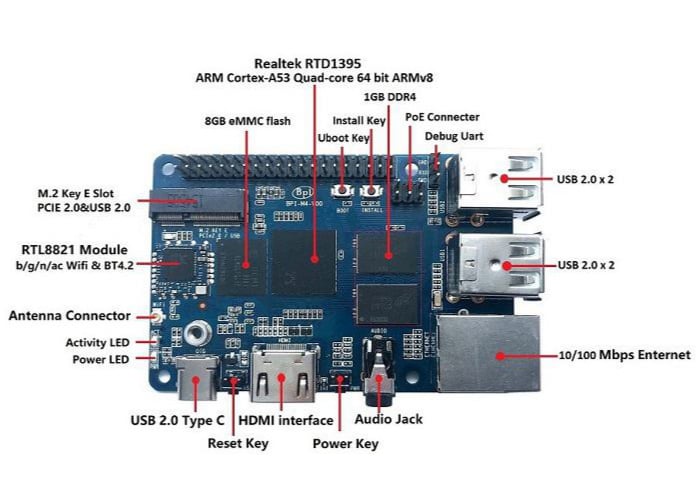 Powered by a Realtek RTD1395 quad-core Arm Cortex-A53 processor supported by Mali-470 MP4 GP the mini PC is available with up to 2GB of RAM and 64GB of eMMC storage any form factor measuring 92 mm x 60 mm. 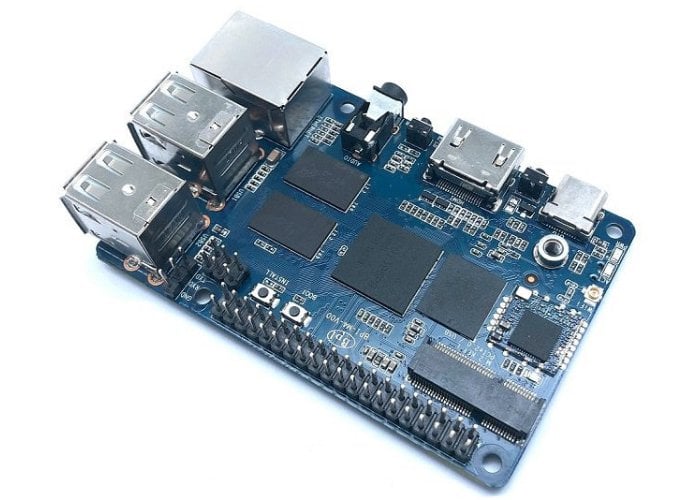 Specifications of the Banana Pi BPI-M4 mini PC include :