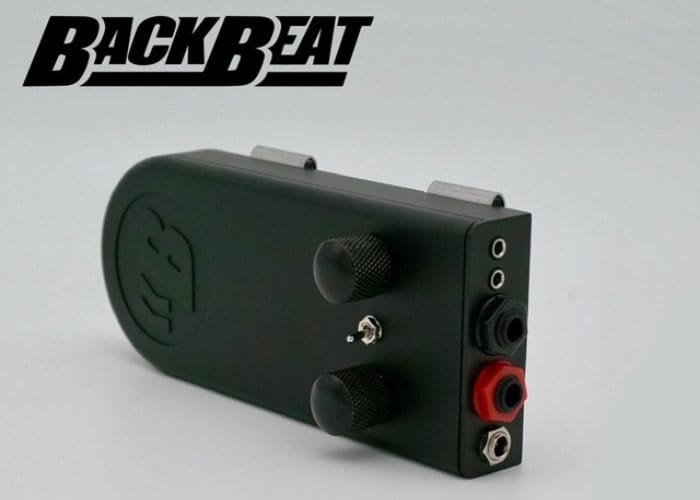 Guitarists especially those that play bass guitar may be interested in a new portable rumble pack and practice amplifier that has been specifically designed for bassists, allowing them to feel the base even on low notes when you play. Watch the demonstration video below to learn more about the BackBeat designed by musician Yerko Sepulveda.

The inspiration for the BackBeat team when Yerko was having trouble finding his bass in a “crowded sound mix”. Rather than trying to hear the base wouldn’t it be much better if he could feel it instead. When other musicians took notice and wanted one for themselves, Yerko knew he was onto something big.

“Yerko Sepulveda got his first bass guitar while studying engineering at the University of Sydney in Australia. After a few cringeworthy stints with tribute bands, he found his niche in a jazz funk ensemble called The Bedfords. When the band won a competition during the 2000 Olympics, he used his share of the winnings to buy a 5-string Ibanez. A tinkerer at heart, he eventually converted the Ibanez into a 6-string. “

The BackBeat Is now available to back with pledges for early bird backers starting from $274 or £196, full goes well worldwide shipping is expected to start during September 2018. For more information and full specifications jump over to the Kickstarter campaign page by following the link below.